Shopify: 10 things to know about the omnicommerce platform Shopify: 10 things to know about the omnicommerce platform

Shopify, the multichannel e-commerce platform in Saas mode, has become since 2004 a powerful international community of entrepreneurs. Driven by the development of social networks, social shopping and dropshipping, Shopify now boasts more than 800,000 merchant sites in more than 175 countries. One year after the arrival of Shopify in France in May 2018, here are 10 things to know about this champion of multichannel trade “turnkey”.
Shopify was founded in 2004 in Ottawa, Canada, by Scott Lake, Marcie Murray, Daniel Weinand and Tobias Lütke. The name of the platform, launched in 2016, was originally “Snowdevil” because it was an e-commerce site selling snowboards, developed on the open source application Ruby on Rails, Tobias Lütke is one of the developers.
The startup was introduced on the NYSE on May 21, 2015 (NYSE: SHOP) with a valuation at the IPO of $ 1.3 billion. Shopify is part of the select club of unicorns, these startups valued at more than one billion dollars. As of July 11, 2019, there are 476 “private” unicorns in the world, 33 of which operate in the retail and shopping market. Shopify is now part of the even smaller circle of 155 unicorns that have become public or bought ( Crunchbase Unicorn Leaderboard source ). The company plans to achieve in 2011 between 1.48 and 1.50 billion dollars in revenue (Source Shopify ).
Among Shopify’s competitors: Adobe, Magento, Oxatis, Prestashop, Square, SquareSpace, Woocommerce, Wizishop and Wix. Shopify’s 100% Saas positioning, with a subscription offering, is more natural for small and medium-sized retailers, but major brands like Red Bull, Nestle, Rebecca Minkoff, Kylie Cosmetics, Unilever, Allbirds, and MVMT have also has chosen Saas to free itself from the management and evolution constraints of their e-commerce platform.
The Shopify app store has more than 2,500 applications, including tools for site design, marketing, conversion, order and inventory management, and social commerce (integration of Google Shopping, Instagram Channel, Facebook Channel, etc.) To support its customers, Shopify has also structured an ecosystem of partners which now counts more than 780 experts, available on a marketplace .
One of the challenges facing these experts is loyalty, a grail that is increasingly difficult to achieve with the multiplication of different sales channels. Shopify seems to have found the right formula since the company claims more than 62 million regular buyers who bought twice at the same Shopify store, with regular buyers making an average of 3.8 purchases on the same site (source Shopify State of Commerce Report , June 2019).
The growth of Shopify followed that of social networks and the trends of social shopping and dropshipping. But if the social networks bring the discovery of the products they are not yet the place where most e-commerce transactions take place. According to Shopify, more than 80% of sales are made on e-commerce sites, the second channel being the outlets.
Because Shopify not only provides turnkey e-commerce sites in SaaS mode, the company has pushed its logic of an omnichannel approach to offer the shops of physical sale a Shopify POS (Point of Sales) offer which since April 2019 includes a range of smart card readers and contactless .
The company announced in June 2019, during its annual Shopify Unite event , the support of 11 new languages and especially a new translation API allowing e-commerce sites to automatically translate their content. The internationalization of its offering is crucial for the company to maintain growth in its market share as over 100,000 entrepreneurs manage their Shopify site in a language other than English.
Shopify has made 9 acquisitions since its creation . In 2017 the Canadian sweeps the Lithuanian startup Oberlo and its service of direct import of Chinese products on the superstore AliExpress. Oberlo is now a free service directly integrated into Shopify, something to boost the development of the phenomenon dropshipping sometimes tarnished by the excesses of some influencers on social networks. Because the dropshipping or no-stock direct delivery strategy is also a solution for e-merchants anxious to offer their customers more choice and fast delivery. Of 180 US retailers surveyed on the topic, 88% would see dropshipping as inevitable for the success of their brand and 73% already have more than two years of experience with this approach (source June 2019 study of DiCentral with The Lehigh University Center for Supply Chain Research).
The most recent acquisition of Shopify, on May 23, 2019, is that of New York-based startup Handshake , which specializes in wholesale and online wholesale sales. This transaction, estimated at $ 100 million, shows Shopify’s willingness to also tackle the B2B market.
Shopify is therefore at a key moment in its development with strong investments in the internationalization of its offer and an opening to new types of customers, in stores and online. B2B can be a good source of growth as the B2B e-commerce market in the United States exceeded for the first time in 2018 the $ 1000 billion 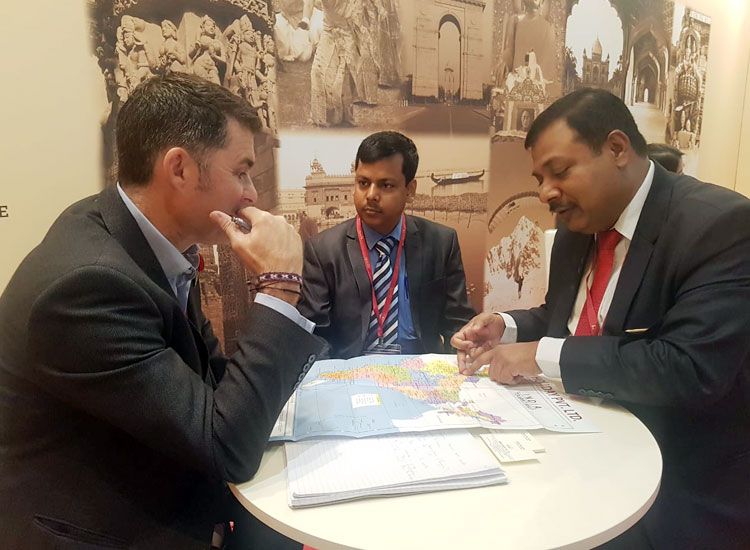